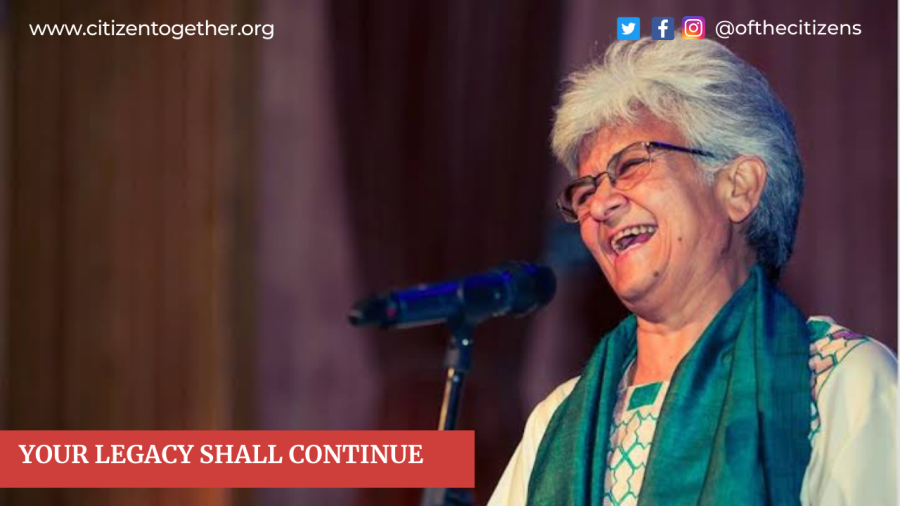 Eminent women’s rights activist, poet and author Kamla Bhasin passed away on September 25. She was 75.

Activist Kavita Srivastava said on Twitter Bhasin breathed her last around 3 am.

Bhasin has been a prominent voice in the women’s movement in India and other South Asian countries.

She was 75. Born in 1946 in Shahidanwaali village in Punjab (now in Pakistan), Bhasin’s appeal lay in her ability to talk to a roomful of “anybodys”, as she once said — diplomats, television audience, feminists or children. The underlying message — imparted to suit the audience listening to her — was always one of gender justice.

Through the 1980s and ’90s, Bhasin was part of key feminist struggles in the country, from the protests against dowry deaths to demonstrations that led to changes in the way rape and sexual assault were prosecuted in the country. She also contributed to the movement by creating booklets on feminism, patriarchy, violence, which were translated into multiple languages and formed the basis of Women’s Studies in several organisations. In the past decade, she also became associated with One Billion Rising, a movement started by Eve Ensler to end violence against women.

Bhasin’s FAO work took her across South Asia where she forged lifelong friendships with other feminist activists. Part of Bhasin’s significant contribution to the feminist movement was to expand its scope beyond national boundaries — in doing so, Bhasin and other feminists from the Global South ensured that the movement also critiqued the military-nationalist complex that they identified as part of patriarchal oppression.

She has left the world but her legacy shall continue. Here we are sharing some of her powerful words…

“My rape does not defile the honour of my community.”

“A rapist is far more dehumanized than his victim.”

“Men of quality are not afraid by equality.”

“Feminism, for me, has never been anti men. It has been anti patriarchy.”