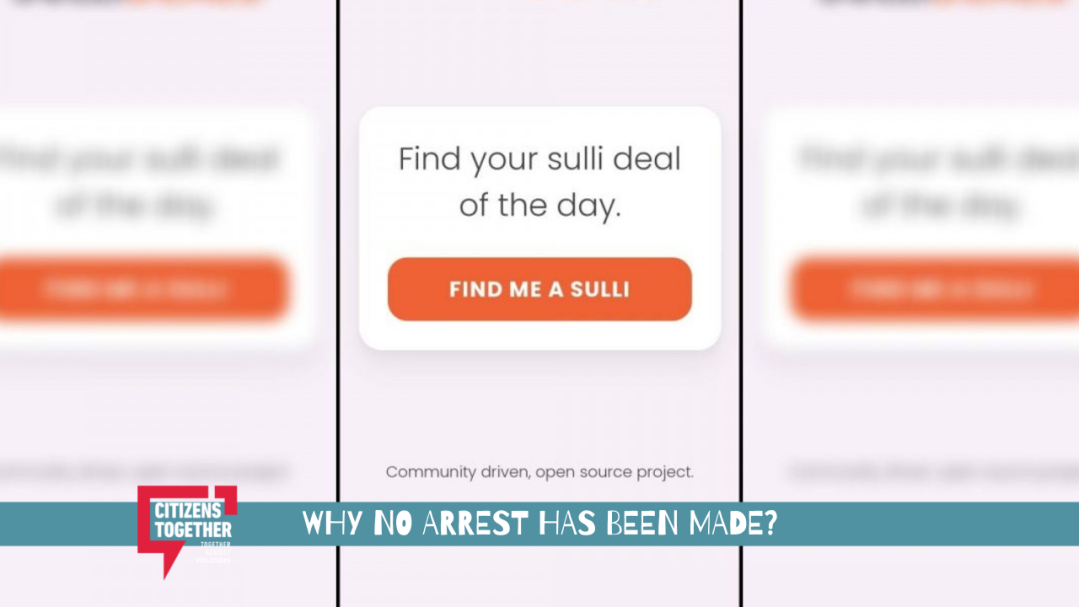 Women of the Muslim community are being constantly targeted, trolled, harassed and mentally terrorised over the internet again and again. It was not so long when Eid pictures of Muslim women were put up for sale on social media and now the incident of Sulli Deals, everyday Hindutva mobs are achieving a new low.

A couple of days back photographs of more than 80 Muslim women, including students, activists and journalists, had been uploaded on an app called “Sulli deals” without their knowledge. The creators of the platform offered visitors a chance to claim a “Sulli” – a derogatory term used by right-wing Hindu trolls for Muslim women – calling them “deals of the day”.

It is absolutely disgusting to see the venom Hindutva mobs are carrying against Muslim women. The whole incident has a lot to do with the communal crisis, misogyny and state of unemployment.

Such acts are highly influenced by Islamophobia and this needs to be discussed, debated and argued against. Why it has become this easy to kill Muslim men just on the basis of doubt and lynch them in the name of religious nationalism? Akhlaq, Pehlu Khan, Faisal and many more are still awaiting justice.

On the other hand, when the Muslim community and their constitutional rights and dare to stand against the fascist state, they are being charged with draconian laws like sedition and UAPA

Many Muslim scholars, students and human rights activists are arrested under this act and are left behind bars to crush the dissent.

So if you happen to be a Muslim and vocal, then either you will be lynched like Faisal or get arrested like Umar Khalid or Sharjeel Imam. Muslim men have so far been the soft target. They have been attacked and character assassinated time and again. The whole episode of Love Jihad is a propaganda aimed to instigate fear among Muslims and sideline them.

Achieving a new low, this time they came up with another disgusting method to harass and subjugate Muslim women. They made it easy to identify Muslim women and terrorise the entire community by harassing these women online.

The women whose photographs were put up for “auction” are intellectually sound, vocal about injustice and highly influential. A few of them are activists, poets and journalists. And certainly, this is too much to digest for these Hindu fanatics.

These fanatics stoop low to satisfy their inner callings Because the auction taken place virtually did not affect the Muslim women in the harmful way which they wanted. Though it was a complete trauma to all the resilient women whose data were stolen from their social media accounts.

However, the incident was not widely covered except for a few media organisation that took cognizance after outrage largely by Muslim women.

Why are the rest of the people so silent over the Sulli deals? It is being said that whatever “democracy’ remains in India, does so exist because of the secular majority of this country. If so, so my question is, where is this secular majority now? Why aren’t they in solidarity with these women?

I want to understand what was the thought behind this cruel act? Is it just just their burning hate for Muslims or they aim to scare, crush and dismantle these outspoken Muslim women’s voices? Is it cheap politics to restrict Muslim women from accessing social media platforms?

Also, I would like to know, Isn’t it a moral responsibility of the Hindu community to dissociate themselves from those who are harassing women while taking shelter in the Hindu religion?

That hate and anger against the  Muslims community is not only spreading through social media platforms and the news houses but is also largely catalyzed through the political parties and their outfits. The silence of the Narendra Modi led BJP Party is understood but it is encouraging for Hindutva mobs to carry their hate agenda against the Muslims.

Delhi Police PRO Chinmay Biswal said an investigation has been launched. Notices have been sent to GitHub to share the relevant details. But It has been more than a week and no arrests have been made.

Namrah Rizvi, is an English Postgraduate from Lucknow. She graduated in Science but chose to explore Literature. Her poem Unconditional got published in an anthology named 100 Shades of Love and received overwhelming response. She also has contributed a chapter on Status of Indian Politics to the book Indian Politics: Status Quo And Future Ahead. Her recent work Status of Education published in an International Journal of Education and Psychological Research.