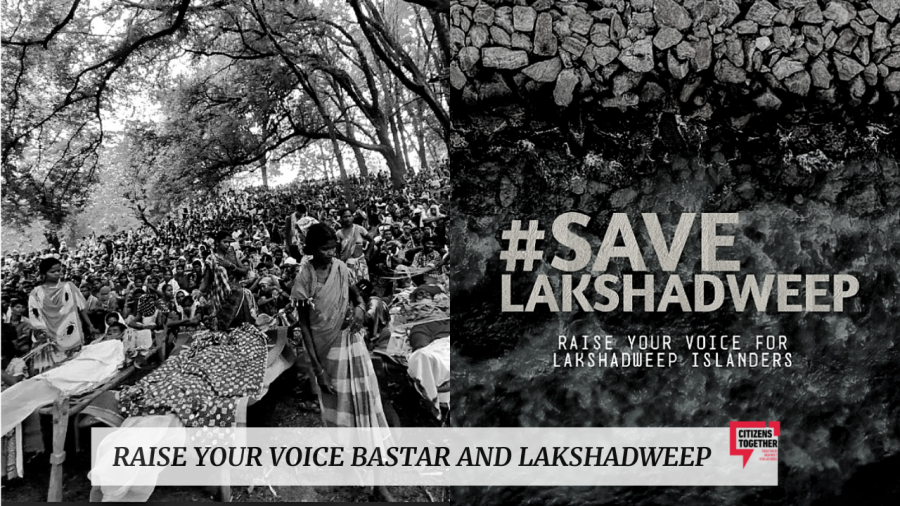 Against the Government Accession Agitation Continue in Bastar

On May 17, police opened fire and murder of three tribals and injured a couple of others. The police in a cover-up attempt claimed that the three dead has a link with Maoists. The police has killing further intensify the protest and hundreds of people from around 40 villages around Silger in the Sukma district have come out of roads, demanding the removal of the camp of the 153rd battalion of the Central Para-military force (CRPF).

Tribals continuing their protest demanding the removal of a Central Reserve Police Force (CRPF) camp near Silger village in Bastar, the Chhattisgarh government has strongly defended setting up of camps of security forces describing it as a well chalked out strategy that has helped to push back the Maoist rebels and “restore democracy” in the insurgency-affected tribal region.

The agitation continued on the 12th day, the administration ordered a magisterial inquiry into the incident. However, the local tribals stuck to their demand for the removal of the CRPF camp during their meeting with district collectors of Sukma and Bijapur district.

Now BJP Destroying the Environment and the Culture at Lakshadweep

For the past few months, there has been an uneasy disquiet among the islanders of Lakshadweep and for the last few days, the hashtag #SaveLakshadweep has been spotted on social media. Some celebrities and political leaders from Kerala have spoken in solidarity and for the island and have warned that the islands have fallen into the wrong hands.

But what is the Issue? Problems in the island began with the death of Dineshwar Sharma, the former Administrator of Lakshadweep on December 4, 2020, following a severe lung disease. Praful Khoda Patel, a former MLA from Gujarat who has worked closely with Narendra Modi and Amit Shah in the Cabinet, took charge as the new Administrator. After this, began a slew of reforms that many residents are seeing as a push towards an autocratic rule.

In many more ways than one, the residents of the Lakshadweep Islands take pride in their traditional culture, while maintaining significant environmental safeguards to protect the island. The islands are protected under special provisions where liquor sales are not allowed, outsiders cannot buy land there, moreover, non-residents cannot visit the islands without special permission from the administration.

The Administrator has also allegedly closed down all dairy farms operated by the Animal Husbandry Department, and the draft law in the name of ‘animal preservation’ intends to ban slaughter, transportation, and selling or buying of beef products. Islanders also say that Patel has also directed to cut the non-vegetarian menu from midday meals.

Patel has also allegedly given orders to widen the roads and raze houses, despite the fact that Lakshadweep has very few vehicles and mostly only two-wheelers.

Hundreds of contract labourers working under various departments of the union territory have lost their jobs, and every day there are orders to terminate casual and contractual staff from different government offices,” Syed Mohammed Anees, the Lakshadweep Student Association President, said.

According to the people’s representatives in the islands, no public consultations were held before the reforms were brought by the Administrator. They expressed their fear that Patel’s motive was to destroy the traditional life and cultural diversity of the people of Lakshadweep.

No matter whether the Chhattisgarh is governed by Bhartiya Janta Party or Indian National Congress, Bastar continue to be the war ground. No matter who rules the state, approach of state remains the same; the state continue to encroach lands, cut forest, destroy nature and murders the tribals.

However, the brave tribals have been fighting this war for generations; they first fought against the Britishers and now with the so called chosen government at centre and state in bare body. And against that the Indian state has sent men in uniform with AK 47.

Similarly, BJP trying hard to disrupt the geography and the social life of Muslim majority island Lakshadweep with the so called reforms directly affecting the economic lives of fishermen, displacement of locals and depriving them for their traditional food habits. But this won’t be any longer easy for Praful Patel as the inhabitants as well as people from different states has started condemning the destructive governance attitude.

No but the citizen only must decide their fate. They must not be dictated by any any institutions or the government in the name of so called development. Till the community stand strong, it can resist any fascist or autocracy of any so called chosen government. And we can clearly see this in Bastar as well as in Lakshadweep. We stand in solidarity with the indigenous people of Bastar and of Lakshadweep. #SaveBastar