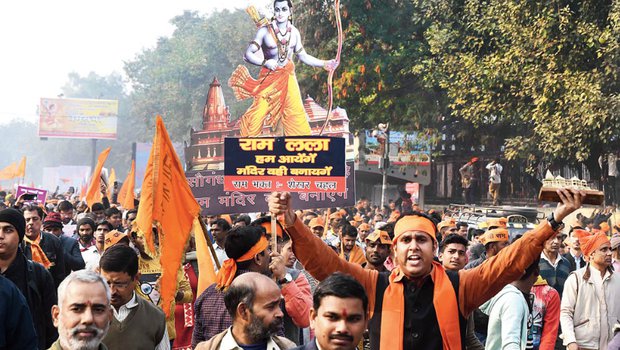 On December 9, far right-wing groups gathered at Ramlila ground to hold Dharma Sansad after Ayodhya. Thousands of participants wearing tilak and saffron-clad gathered to demand the construction of Ram Mandir.

26 years ago, on 6th December 1992, Babri Masjid was attacked and demolished by far-right extremist groups while Bhartiya Janta Party being the political voice supporting the massacre.

However, during the Dharma Sansad, many hate slogans were raised, which were highly provocative and communal in nature. The saffron brotherhood called to demolish Jama Masjid.