Technically speaking, according to Britannica Encyclopaedia, lobbying is defined as any attempt by individuals or private interest groups to influence the decisions of government or administration (in case of a university/institution) ; in its original meaning it is referred to the efforts to influence the thinking of a particular sect of people for or against a specific cause.

In other words lobbying is advocacy of a perception, groups or even individuals. A special interest is nothing more than an identified group expressing a point of view- be it local or foreign, government or citizen, teacher or student.

What is the reason that a student from AMU adopts such an ideology?

Saleem Mohammad Khan, an ex-student of AMU, when was asked this question said, “Freshers (newly admitted students) have no idea about regionalism. With time they adopt such ideologies. There’s something faulty in the atmosphere of the campus.”

Doubt on administration’s working promotes regionalism. Somewhere, something in institution’s mechanism is weak and that’s why a newly admitted student often seeks help from his ‘so-called’ senior of his region. These seniors thus get a chance to inject the fuel of lobbyism and regionalism into these newly admitted students’. This is just a minor example of administration’s weakness which enforces lobbyism.

An ex-cabinet member of AMUSU says, “Administration has always promoted lobbyism for their personal interests. I remember when I was in union, we were asked by some teachers of a particular region (though the name of those teachers he denied to reveal), who being the part of administration asked us to pressurise the administration demanding the resignation of the then proctor. Later we came to know that these teachers wanted the proctor to be of their region and the new proctor (who obviously was of their region) to be appointed was already fixed by the administration. All they needed was a pressure from the union. We were fooled.”

A newly admitted student often finds himself empowered, once when he gets his contacts established with the seniors of his lobby (region as in case of AMU). And it’s a big thing for the freshers to get allotment (when new allotments are closed) but not for their seniors as they have well established contacts in the administration. Be it allotment or attendance or any other stuff like that, these seniors always reach out their contacts for these freshers of their region and in return they ask these freshers to be present at their beck and call when their political agenda arises. These new students often find it an adventurous fun but in real they are exploited.

Lobbyism at any cost can’t be considered as student empowerment. Getting work done through the contacts of seniors is not empowerment. It crushes the platform of ‘Equality for all.’ Students from the region who don’t have a strong political backup (based on regionalism) often have to suffer. They are usually supressed and harassed by the students with strong regional backup.

A general student’s perception on Lobbyism in AMU is very much identical to regionalism. Lobbyism is a totally a far cry from regionalism. Both of these terms, when in contrast are purposive. Both of these terms, when synced together are ruinous. Lobbyism, at least promotes an expression of some kind of ideology and regionalism is the affection of people from same abode. I too find myself purely entertained with people from my soil but that doesn’t mean that I’ve to be the part of a particular lobby. Everyone is flexible enough to follow an ideology that suits him/her at least in an educational institution.

Since because this lobbyism is little understood, it is often referred to as happening something evil and harmful. Lobbyism in other places is not particularly based on regionalism. It can be based on any intellectual ideology or belief. Promoting lobbyism as regionalism demises the capability of thinking and moreover it also promotes hatred among people of two different areas. We often see violent clashes between two ‘groups’ of two distinguished ‘lobbies’ of two distinguished ‘region’. These clashes usually involve the use of dangerous weapons and ammunitions.

On 26th of May this year, a series of bullet shots in the middle of a humid night interrupted my sleep. I jumped out of my bed, ran out of my room without my slippers to see what is happening at this stage of night. I saw people with in groups (based on their region) talking in slow voice.

I joined a random group (maybe B***), asked them what the matter was. “Arey tumhare A**** aur G**** ki ladai to hai. Bach ke rehna tum.” (This time it’s your A****’s and Ga*****’s matter. You better stay safe). “Why do I have to stay ‘safe’? I murmured. People (including me) from my region (A****) were quiet tensed. I came to know that some boys have fired bullets at another hosteller’s room. Very soon people from the other side (G****) of the clash came in huge numbers with literally huge weapons. Very soon a series of bullets were fired from the other side. The attackers counter fired in response. In no time a hostel road of a very well-named institution was changed into a battle-ground. I (with other hundreds of other students) was surprised to witness whatever was happening.

After a quarter of an hour, the attackers backed off. The firing stopped after some minutes. The people from the other group now had started departing to their respective places. I noticed a friend of mine coming from the same direction. He was the part of the other group. He had to be, he later told.

After things slowed down, students got back to their rooms. I was told that few boys from my region, because of a previous clash, had fired bullets on a boy of thier region, and after that this all began. “Agar ham loge nhi hote to tum logon ko khatra ho sakta tha. Wo to hum logon ne keh diya ki tum loge seedhe sade ho. Jinse ladai hui hai unhi se ladai ki jaye.” (If we people hadn’t have been there, you people could have met with danger. Hopefully we told them that you people are nice and the clashes should be limited only to the people involved).

Students always have to suffer due these regional clashes. These clashes never end. They usually get more violent with time. Many a times these clashes involve the general students, though they don’t want to. “Few years ago, the library going students were asked to show their id cards. Students who were found to be of a particular region were badly beaten. It was the worst thing that could happen.” told a boy remembering that time.

Regionalism is about love but it involves clashes (at least in AMU). And since AMU community is much closed with a minimal exposure, it affects everyone- from the administration to the students and the employees too. Sometimes too much love is also dangerous, dangerous for an institution, individual and the society. Ideologies involve clashes but regionalism involves violent clashes. Ideologies bring differences that are open to debate but regionalism involves differences that invite violence. Regionalism can be misused at times but ideologies can’t be. Regionalism may win you an election but ideologies win you a true leader. 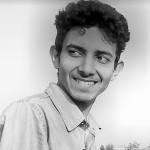 2 Responses to “LOBBYISM: ABOUT LOVE AND WAR”